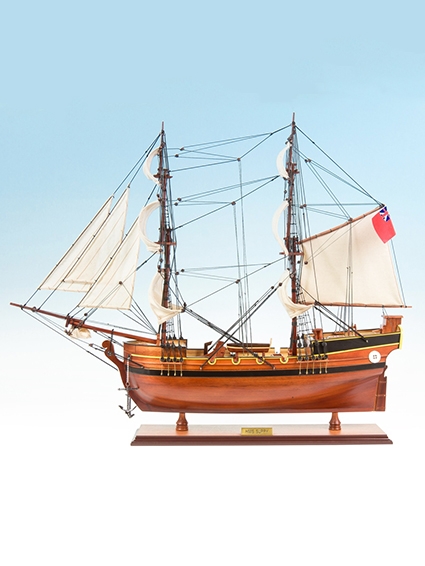 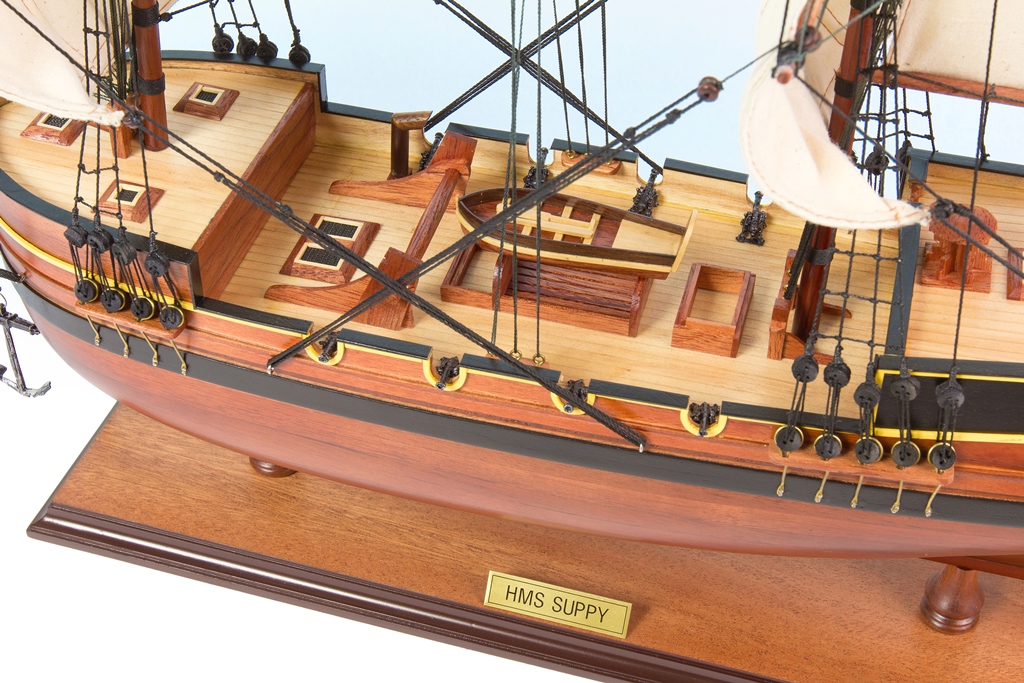 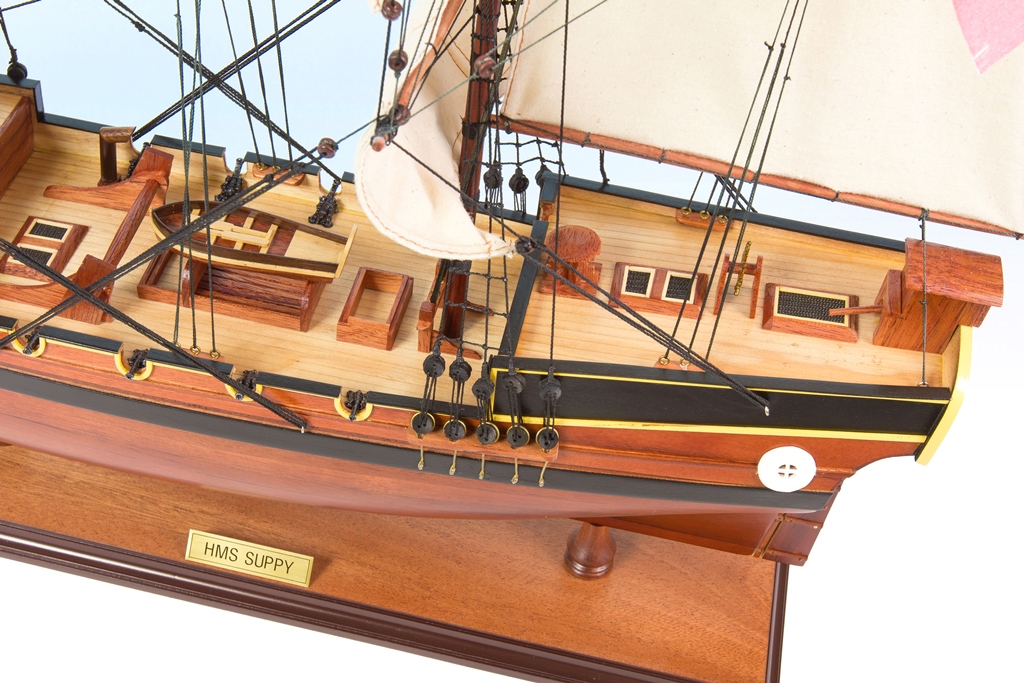 As one of the First Fleet ships, the HMS Supply played a major role in the foundation of Australia. It’s a vital part of British naval history, and was noted for its incredible speed and pace.

Indeed, it was rated as the fastest of all the First Fleets ship. It was built by Henry Bird in 1759, and launched at the tail end of the same year. The ship served a long commercial live, first being sold by the Royal Navy in 1792 and then operating as a commercial vehicle until 1806.

Appropriate detail is paid to every section, this 75cm HMS Supply will add a touch of nautical history to any room or office.

Alongside the HMS Sirius, the HMS Supply played a major role in the colonization of Australia. Under the command of Henry Ball and David Blackburn, the ship played a major role throughout the 1700s as a major ship for transport and in the development of Australia as a whole.  She is the fastest ship of the First Fleet, which carried over 1,000 people from Portsmouth, England, to Australia. The 13,000 mile trip was carried out, and eventually arrived on 18th January, 1788.

The ship arrived alongside the others and was captained by Henry Lidgbird Ball. The captain helped to get the ship, and others, into Botany Bay. From there, the ship became a piece of history: it was the first ship to sail into Port Jackson. There, the anchor was dropped at Sydney Cove, and the setting up of Australia was soon to commence.

The HMS Supply was a major part of the overall colony, until it returned to England in late 1971. Upon doing so, the ship was anchored in Portsmouth. It left a major mark on the settlement of Australia, though, and is a major part of maritime history as a result. While it may not have endured the high-energy excitement of some of the other First Fleet ships, it’s importance in the safe and prosperous colonization of Australia cannot be ignored.