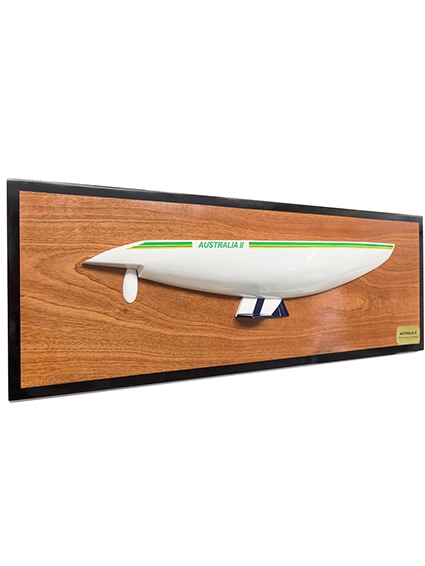 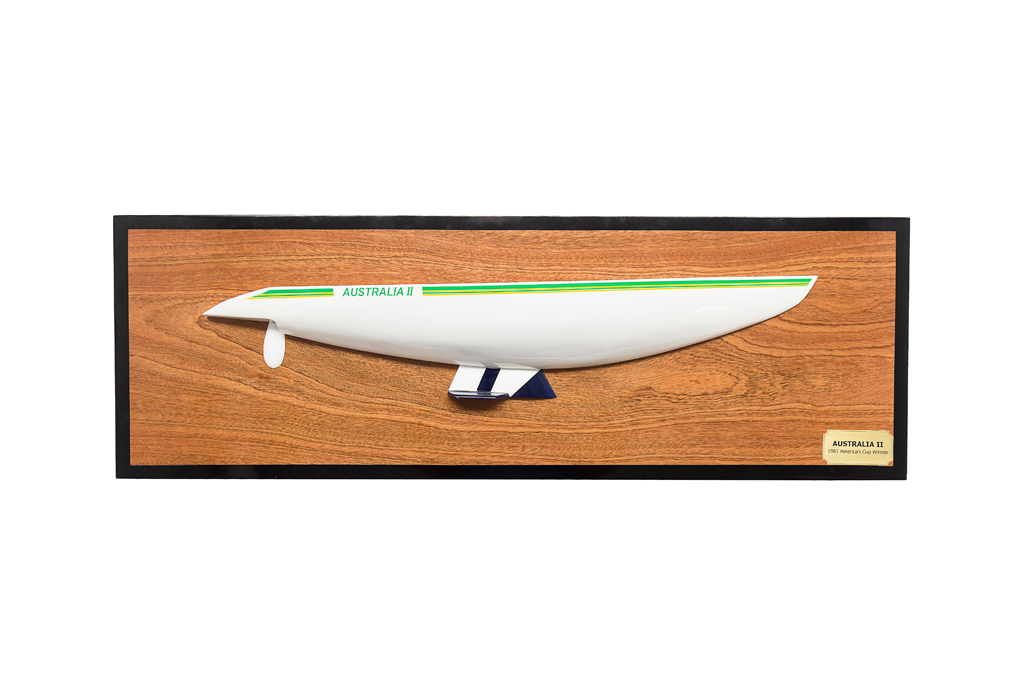 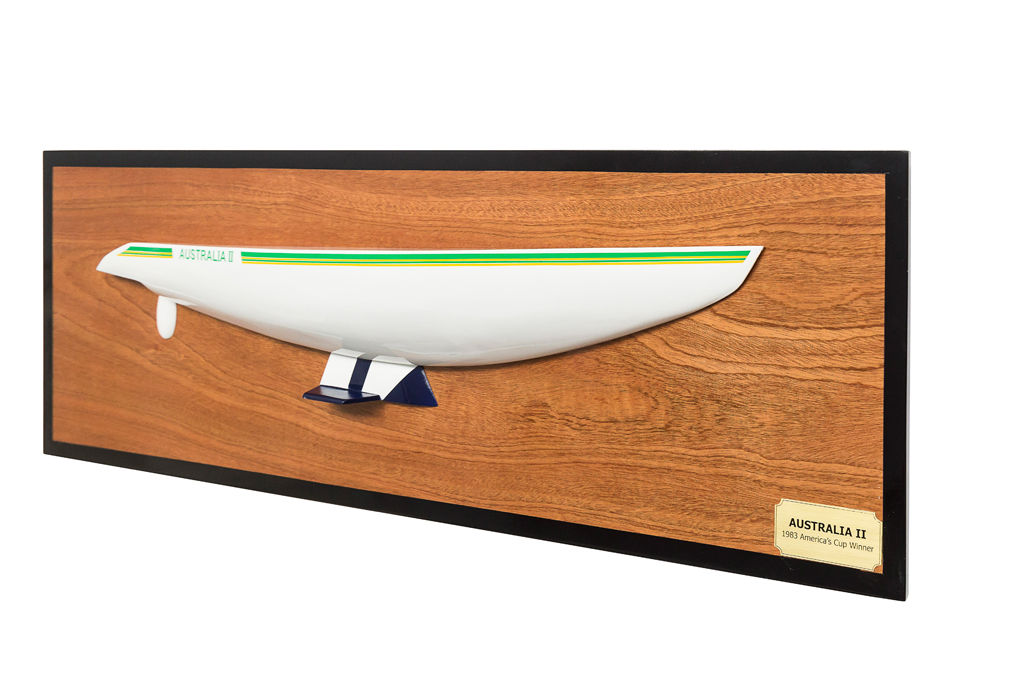 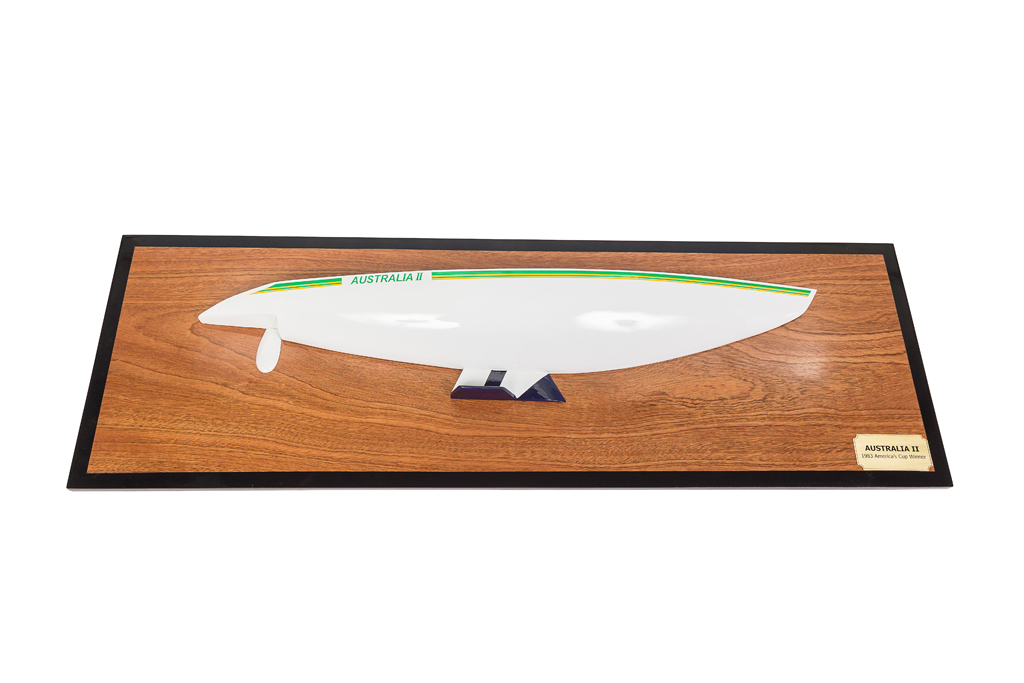 This Australia II half-hull yacht hangs on the wall and takes up little space. This collectible nautical works of art will be an ideal gift for your friends or a timeless decorative piece in your home.

The model was hand crafted from tropical hardwood and used the traditional plank on bulkhead method. After the bulkheads are laid and the hull lines trued, the hull is planked with individual wooden strips to form a smooth silhouette.

The model is then sanded, hand painted and varnished to a mirror-like finish. The half hull is then mounted on a ready to hang black wooden plaque, with an engraved brass nameplate. The half hull model is built exactly to scale as the original one. The task required skillful craftsmen hundreds of hours to accomplish.

Designed by Ben Lexcen, built by Stephan Ward, owned by Alan Bond, and helmed by John Bertrand, the Australia II featured an innovative winged keel design developed by Lexcen. This helped to make it very fast and manoeuvrable in many conditions, and was the most notable and controversial design feature of the boat. During the summer of 1983, as selection trials took place for the Cup defence that autumn, it was unclear whether the keel design was legal within the strict rules governing the 12-metre class.

Questions also surrounded the Dutch involvement in the design of the keel, which under the rules had to be designed by an Australian. The keel design was eventually confirmed as legal while the keel origin controversy remains unanswered. Despite being the first 12-metre to sport the new design, Australia II was not the first boat to have a winged keel, though her success did much to make the concept popular.

Also helping the Australians was new sail technology, finally equalling or exceeding that of the Americans. Further, Bertrand made sure he and his crew were trained and refined to execute at the highest levels despite the pressure of this historical match up.

Australia II, bearing sail number KA6, represented the Royal Perth Yacht Club of Australia in its September 1983 challenge for the America’s Cup. The defender, the New York Yacht Club, had held the cup since 1851, dominating challengers and sustaining the longest winning streak in sport.

The Australia II, skippered by John Bertrand, faced Dennis Conner sailing the 12-metre Liberty in the ocean off Newport, Rhode Island. Australia II came from behind to prevail 4 races to 3. The victory on September 26, 1983 was a landmark event for the nation of Australia, not to mention the Royal Perth Yacht Club, and it eventually earned Australia II the ABC’s Wide World of Sports Athlete of the Year for 1983.